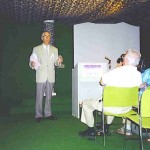 Asmund and his wife Frøydis visited Duluth many times. Asmund played a very key role in the restoration of the Leif Erikson. He worked with his brother Kirsten Petersen~Øverlier and restoration project volunteers, to ensure the work was done in a proper manner, using the authentic ways and supplies to rebuild it in the fashion in which the ship was originally constructed. Much of his correspondence* indicated the interest that he and the people of Norway had in keeping the ship from disrepair, and to preserve it for historical and heritage purposes. 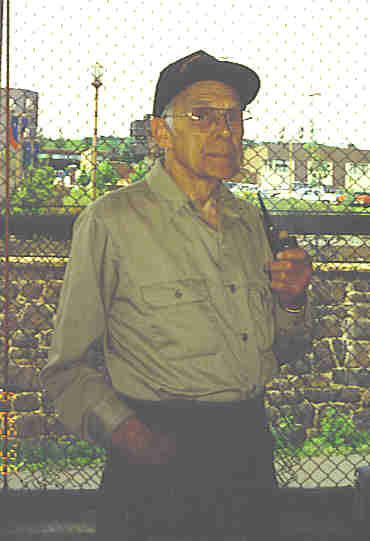 Claude had been a wood carver since 1941. This was the largest project he had attempted. Earlier in his life, and coincidentally enough, Claude carved a Viking head – However, the size was only 1ft x 1 1/2 ft.The Viking Ship figurehead is 4 x 5ft and the tail pieces is 5 x 6 ft. In Feb/Mar of ’95, Claude began to carve a dublicate of the figurehead, using the original as the example. Life was not so easy regarding the tail. Over the years this piece was lost. Using old photos, Claude spent the winter months of ’95 and ’96 creating a beautiful reproduction, working 3 to 4 hours per day.Claude Bergstrand was introduced to the restoration project by his son Jon. Jon, while working on ‘the tunnel’ on the North Shore, met boat builder Larry Ronning. One thing led to another and two years later Claude began to go to work. Claude said, “My mother always told me you can do anything you want to do; you may have to learn how to do it though.” Well Claude took on the challenge and did very well. The most difficult part Claude explains was learning to do the swirls. There are more curly than you can imagine. Incidentally, Claude did not have a big great work room. He turned his dining room into a work space. Folks stopped in to watch the progress. A member of the Northwood’s Wood Carvers, Claude reported to them at monthly meetings. The group gets together to share stories and tricks. Claude’s farther was born in Norway, grew up in Chicago, and on the day Claude graduated from high school, the family moved to Duluth. The year was 1945. While in college, Claude studied by kerosene lanterns. Claude was retired from the D.O.T. The Leif Erikson Viking Ship Restoration Project is forever thankful to Claude for all his hard work and dedication.